You are here: Home / Buying House / Can I buy a house and rent it out immediately-Things you must know 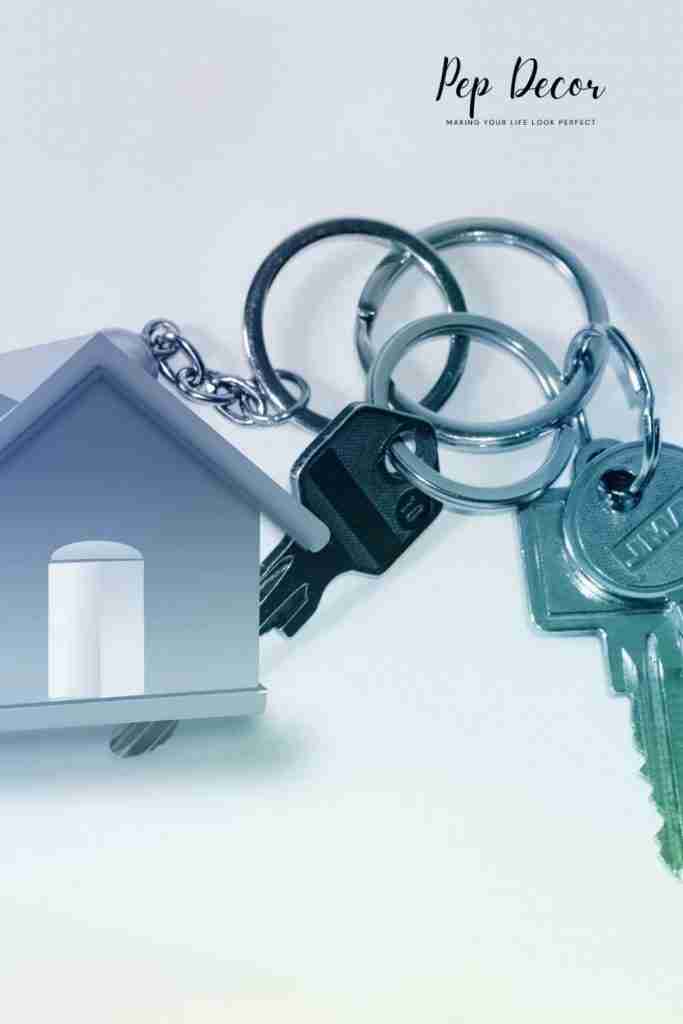 Can I buy a house and rent it out immediately?

Yes and no as the long answer. Well,I don’t usually keep the readers in the limbo in most of my Blogs. However in this case , the answer is “Yes and NO“.

This is due to the fact that it is majorly dependent on the terms under which you purchased the house. If you have a mortgage on the property, you must follow the conditions of the agreement.

If you are labelled as the ‘Primary Resident,’ you must dwell in the house for a certain period of time before renting out rooms.

Making your home into an investment property should never be based solely on emotion.

It is understandable that people form strong attachments to their homes, but any decisions about renting out your property should be based on the financial benefits.

Although it is often more advantageous to sell your home and invest elsewhere, certain factors may make renting out your property a better option.

The length of time varies by lender, however it can be anywhere from a year to four years or more.

If the loan terms indicate that you are allowed to have tenants, you may rent out rooms, sublet the house, or even the entire property, depending on the terms and conditions of the mortgage agreement.

However, be prepared to pay high interest rates and orientation fees for such conditions.

A workaround could be to include a Right to Let clause in your mortgage contract.

A Right to Let out the Property for Renting Rooms indicates that the lender or lending company is aware that you intend to rent a room or the entire house.

As a result, they may approve the above clause, possibly with a condition of higher interest or principal.

This is usually done to avoid late payments or property damage before the loan is completely repaid.

When the predetermined period expires, you can rent the room or the entire house based on your needs.

You can look for tenants using display and print ads, billboards, peers, colleagues, or any other acquaintance, or you can even list rooms for rent online.

Online platforms make the entire process much easier, and you won’t have to exhaust yourself with physical labour and fuss.

So, in a nutshell, if you do not have any restraining terms and conditions with your lender, you can rent out rooms or even the entire house.

Depends whether you have a mortgage and what the agreement with the company says.

Here, in the U.K., you can get a “residential” mortgage for a property you intend to occupy as your own home OR a “Right to Let” mortgage.

Residential Mortgages tend to have a lower interest rate, but restrict your right to let the property.

Letting the property WITHOUT the mortgage companies agreement breaches the contract and the company then has the right to repossess the property and sell it to cover the loan.

A “Right to Let” mortgage says “we (the loan company) know that you are buying the property to let and that’s fine because we will charge you more”.

So YES you CAN rent our a house you have just bought AS LONG AS IT DOES NOT BREACH YOUR MORTGAGE AGREEMENT.

Depends whether you have a mortgage and what the agreement with the company says.

Here, in Australia., you can get a “residential” mortgage for a property you intend to occupy as your own home OR a “Right to Let” mortgage.

If you are a First home Buyer and have used the Govt first home buyer grant, you will have to live a s primary resident for a year before renting it out.

You may be able to rent out your home, but you must usually wait at least a year. That is the amount of time required by lenders. If you convert your home into an investment property sooner, the lender may charge you with fraud. This is because, at the closing, you signed a document certifying that you would live in the property full-time as your own.

After the 12-month period, you may be able to rent out the property. It’s best to check with the lender or, at the very least, read your closing documents to ensure that nothing prevents you from doing so.

Tips to Consider Before Renting Out Your Residence

There are a few things you should do before putting your house up for rent. These precautions will keep you safe in the long run.

Immediately notify your lender — As previously indicated, you should always notify your lender of your plans. So you may be confident that you are not breaking any rules or voiding any contracts signed at the time of the closing.

Lenders will frequently give you the go-ahead, but it’s always advisable to get confirmation from them directly.

Get in touch with your insurance provider – If you decide to rent out your house, your homeowner’s insurance requirements will change. You will almost certainly face increased insurance prices and greater restrictions from the insurance company.

Communicate openly with your insurance agent about your plans to ensure that you have the appropriate coverage.

Understand the rules of your state – Make sure you do your homework and understand your responsibilities as a landlord.

You are responsible for all repairs and maintenance, as well as for the payment of taxes. Before proceeding, ensure that you have a valid lease agreement with the renters and that you have the documentation examined by an attorney.

Before you decide to rent out your property, take the time to think it through thoroughly.

Make sure you understand the restrictions and consider how they may effect your financial situation. What about keeping up with the housework?

Do you have time for it? In a heated rental market, is your property a good investment? Will you be able to earn enough money to cover your rent while also affording a mortgage on a house where you and your family can reside in the long run.

Make a thorough examination of all of these factors to ensure that you are fully aware of what you are entering into. Using this method, you may rent out your property while still having a place to live, allowing you to enjoy financial stability.

Note: you must live in your home for at least 12 months before you can begin treating it as an investment property.While this tax exemption may appear to be a clear incentive for renting out your home, unless you plan on moving, the financial consequences may outweigh the benefits of this decision.

Is it legal to rent out a house to pay the mortgage?

As others have mentioned here, it depends when the house becomes a rental. If you buy a house strictly to rent it out, then you MUST inform the mortgage lender, and they will charge you a higher rate.

Also, they may not take the proposed rental income as qualifying income if you have been a landlord for less than 2 years.

Now, if you buy a house and live in it as your primary residence for a while, and then decided to rent it out, it’s a bit easier.

You should inform your mortgage lender and they may charge you a fee but probably won’t raise your rate or deny you.

One small wrinkle. If you are still living in the house but decide to rent out a room or two while you are still living there, this is OK (though you should get some extra landlord’s insurance), but should you wish to refi the mortgage you cannot use rental income from your primary home to qualify.

You can use the rental income to pay the mortgage, but it can’t be counted as qualifying income for a new loan on that house.

How long should I live in my house before renting it out?

Two major factors to look at.

The first One, the mortgage you have on this existing house probably has some provisions in it that require you to remain an owner occupant of that house for some minimum amount of time. So you must follow that, and remain there for that minimum.

If you have a loan where converting from owner occupant to rental is prohibited (yes, these exist), you should first refinance into a loan that will allow conversion into a rental, then remain the occupant for at least the minimum duration (typically 12 months).

The second factor is being able to qualify for financing of the new house. The down payment is obvious.

Some lenders will consider a portion of rent to be received as income if a signed lease is in place, so this is a factor to look for when you are looking at the loan for the new house.

In short, the loans / financing are vital.

Rental restrictions may apply to properties with an association, whether a HOA or a condo.

You may be relocating overseas, interstate, or intend to return to your previous residence after leasing it out.

If this is the case, you have six years to lease your home, claim income and expenses, return to the property, and avoid capital gains tax when you eventually sell it.

If you return to this property, for example, if you take different interstate jobs, the six-year rule is reset for these instances.

They may not permit any. They may only allow a unit to be rented after it has been owner occupied for a certain period of time and is still owned by the same owner.

There may be a certain percentage or number of units in that association that are permitted to be rented (and that sort of regulation gets put into place around the same time that the actual number of rentals is about the same as the limit – because they want no more rentals than they already have). 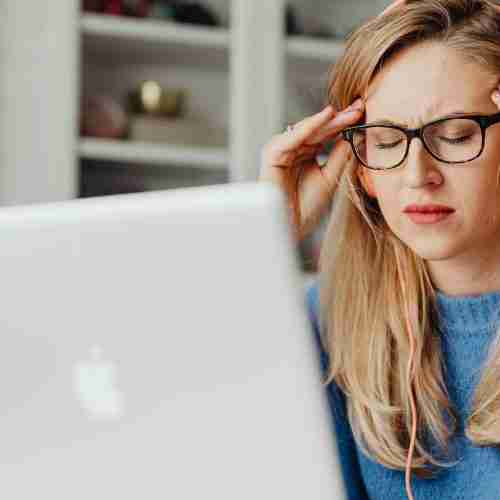 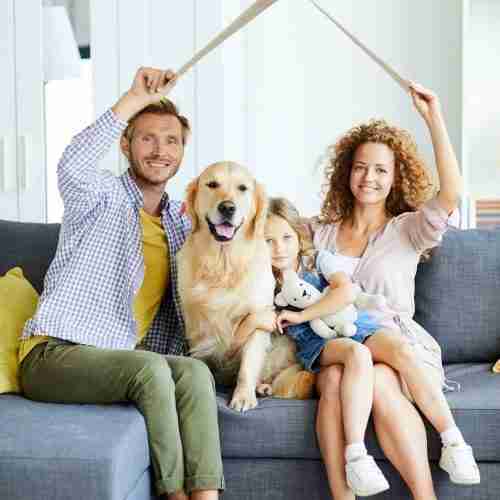 What are the most stressful things about buying a home? 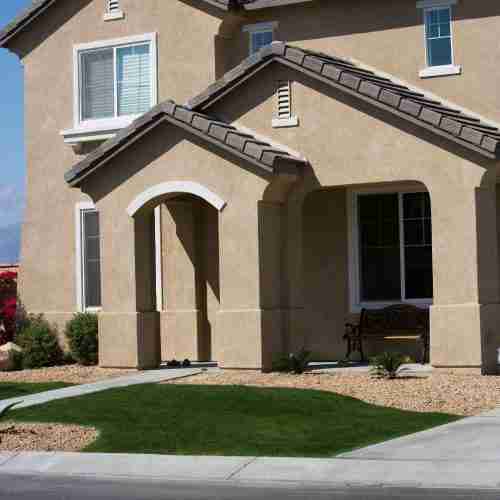 What is the problem of taking a house near a transformer?